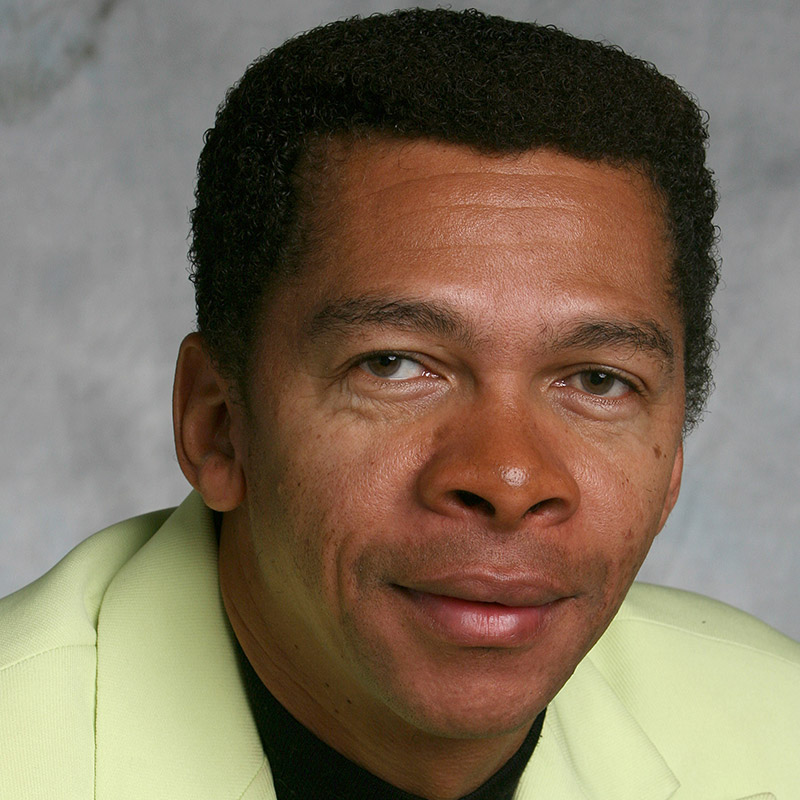 J.D. Steele exploded onto the Minnesota music scene in the mid 1980’s along with Prince, Jimmy Jam, Terry Lewis, Soul Asylum and The Steeles, putting Minnesota on the National music map forever. Mr. Steele began his career singing and arranging jingles for local and national spots including Kodak, Target, and other national brands. He developed his abilities as a vocal arranger as a young teen while directing a 100-voice choir at age 16. At Purdue University, where he majored in marketing, he also organized and directed the African American Cultural Center ensemble and began writing and arranging his original compositions.

Since arriving on the Minnesota music scene, Mr. Steele and his dynamic vocal siblings, “The Steeles”, have garnered every major music award and accolade the state has had to offer. J.D. and the family began touring the international hit show “Gospel at Colonus” with Morgan Freeman around the world before finally landing on Broadway in 1988 for a successful nine-month run. After that The Steeles signed their first record deal with Elektra records and released “Heaven Help Us All” in 1993. Mr. Steele produced and cowrote 12 of the 14 songs released on that record. Since then J.D. has produced, performed and recorded six additional Steeles albums and has gone on to write, produce, perform and record with Prince, Donald Fagen, George Clinton, Mavis Staples, Kim Carnes, Fine Young Cannibals, The Sounds of Blackness and many other artists. He has performed on stages all over America, in Spain, Italy, London, Moscow, South America and many other cities and countries.

J.D. Steele has been commissioned on ten original musicals and collaborated on a sixth. His most recent commissions were by the History Theatre in St. Paul MN. and by Mixed Blood theatre in Minneapolis MN in 2006. In 2003 his collaboration with Zorongo Flamenco Dance Company opened in April of 2003 at the Southern Theatre in Minneapolis.It was a collaboration with Flamenco dancer Susana DiPalma. This musical allowed Mr. Steele to create a cross pollination of Gospel and Flamenco music. His previous collaboration “Two Queens One Castle” which performed to sold out houses in the fall of 2002 and was extended into early 2003 was commissioned by the Mixed Blood Theatre in Minneapolis. It is being presented at the National Alliance for Musical Theater at their fifteenth annual festival in New York City in the fall of 2003. Other previous commissions were by The Great American History Theatre in St. Paul, MN where he wrote the highly successful “Inner City Opera” which enjoyed a 47 show run and was hailed by the Pioneer Press as “an opera for the 90’s and beyond”. Mr. Steele was also commissioned by The Center For Cultural Exchange in Portland, ME to create “Africa America/Children of the Dance” which premiered in 2001 to sold out audiences throughout New England. He was also commissioned by the same organization in 2000 to co-create along with world-renowned jazz bassist Christain McBride “The Movement Revisited” which also enjoyed a highly successful east coast run. His earliest commission was by Music Theatre Group in New York City where he created “Gospel Sinclair” with famous Cotton Club singer Ann Sinclair which premiered in the Berkshires. Mr. Steele has also been honored with a 2003 Bush Artists Composer Fellowship.

J.D. has also developed a choral group of 200 kids at an orphanage in Nairobi Kenya. The group, Shangilia, made its debut in Nairobi in January of 2005. Mr. Steele has made numerous trips to east Africa. where he has also performed with the choir at the Zanzibar International Film Festival. The choir is scheduled to perform in Greece and east Africa again in July of 2006. In the summer of 2004, he performed in the opening of the stage musical “Bagdad Café’ along with his sister Jevetta Steele in Barcelona Spain. After 37 performances, the shows success led to a 2005 fall tour of France and Germany. The show will tour Europe again in 2006 with hopes of a US tour in 2007. He also recently co-wrote and produced Jevetta’s new jazz cd “My Heart” set for release in Jan/Feb of 2006.

J.D. has also taught and developed music workshop curricula across the country with K – 12 students as well as university music programs including students for Berkeley School of Music in Boston, MA, and San Francisco.

J.D.’s publishing company and music catalog is administered by Rondor/Universal music in Los Angeles, CA. The catalog, Just Divine Music, is registered with ASCAP. Mr. Steele is also a member of the American Federation of Radio and Television Artists, Screen Actors Guild, and Actors Equity. His many credits also include a cameo in the Prince produced movie “Graffiti Bridge”, and songwriting and arranging credits for the movies “Corrina, Corrina” (Whoopi Goldberg), “Blankman” (Damon Wayans”, and the award-winning documentary “Hoop Dreams”. He was also nominated for an Emmy for the P.B.S. version of “Gospel at Colonus”.